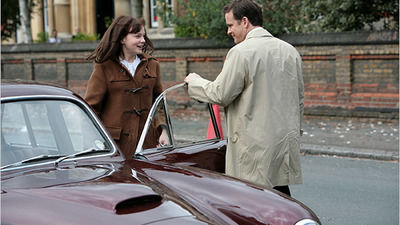 Physical Therapy medical knowledge is constantly advancing, thus it is crucial for all therapists to stay up to date with their Physical Therapy Continuing Education. I recently had the pleasure of interviewing an expert in the ACL rehabilitation field. Here are some excerpts from the interview.

: So, if we just talk a little bit more general about ACLs at this stage, it seems like there’s a higher incidence in females than male.

ACL Expert: We did a study on the north side of Cincinnati, it’s been about 20 years ago now, where we were covering Soccer World, which was an indoor soccer/football arena. We did a study where we were trying to figure out – they also had outdoor fields and our athletic trainers were covering both venues. What we were interested in was this idea – is there a higher incidence, is there a higher risk on a turf field versus a grass field? That’s the way we designed the study.

Now, these sort of epidemiological or injury surveillance studies are difficult to do because it’s relatively easy to determine the numerator of the equation, how many injuries occur, but the denominator, the amount of exposure, is actually quite difficult to determine in many situations.

At Soccer World it really wasn’t because what we had was recreational team soccer ranging from age 18 to 35, and these were coed soccer teams, so half males, half females. Each game was exactly an hour long and everyone played throughout the match. So, we knew exactly how much exposure all the players had, and how much exposure the women and men had.

Going in we had no hypotheses related to differences between males and female. When we looked at the data there was no statistically significant difference between injury risk on grass field and a turf field.

However, when we looked closer at the data, women had a 6.2 times higher likelihood of tearing their ACL than males. We published that in the early ’90s and really at that point people were surprised by it. Truthfully, that first study was kind of ignored as maybe an aberration.

Then what happened is several groups started looking at the data at the NCAA level and started realizing whether you looked at any kind of planting, cutting sport like soccer or basketball or volleyball, what you saw was a sex difference in relative risk that ranged between two- and ten-fold.

Now, in 2010, that’s really well established. That women and girls have a significantly higher, on average about a five-fold higher risk, per exposure. If you look at the amount of time they’re out on the court, out on the field, and you have that denominator of the equation, you’re going to find that women are about five times higher risk of an ACL.

Being aware of the difference in incidence rates between males and females in Anterior Cruciate Ligament injuries is just one of the pieces of puzzles. Often rehabilitation and prevention strategies need to be geared differently depending on the athlete’s gender. For the PT looking for a Physical Therapy Continuing Education course on this subject, make sure to check if your course addresses this.